For years I had been dreaming about going to Mongolia to chase the mistirious Taimen. Summer 2004 it happened. In my fly fishing live I have learned to except that most of the time your either early or late. But this trip we hit it right. Within two hours after landing in camp I hooked, caught and released a 127cm taimen. A dream come true! My buddy Kees caught a 122cm taimen in the same pool the next morning. An unforgettable succesfull adventure! 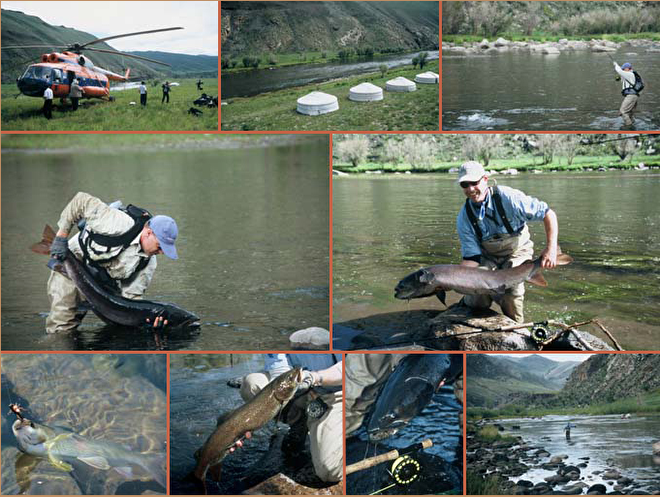 Here is a link to the film that I made of the Mongolia trip: